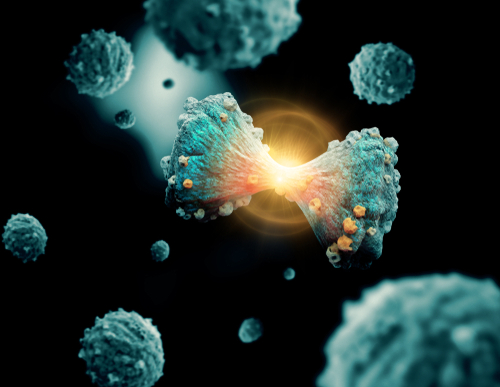 Radiation is around us all the time; sometimes it’s dangerous, other times it’s lifesaving.

Most of us are familiar with radiation, but don’t fully understand what it is or how crucial treatments like radiation therapy work.

We regularly use radiation therapy to treat many very common cancers, including breast, uterine, cervix and prostate cancers, as well as lung and rectal cancers.

Yet, patients who would benefit from these treatments often experience fear and anxiety so severe that they sometimes don’t even show up for treatment.

It’s not uncommon for people to arrive for their first day of radiation therapy and say, “I can’t do it.”

Yet, when we go outside every day, we’re hit with radiation from the sun. This isn’t a problem, though, because our cells are able to repair themselves.

Cancer cells, on the other hand, can’t repair themselves after we target them with radiation.

Her words ring true for cancer patients, too. If people are able to overcome their initial fear and just start treatment, they will come back for their next session and the one after that.

In this month’s episode of “It’s Time You Knew” I speak with Dr. Andrea McKee, an award-winning radiation oncologist and former chairwoman of Lahey Health and Medical Center’s Radiation Oncology program.

She and a team of allied healthcare professionals at Lahey Health implemented a CT lung screening program – Rescue Lung, Rescue Life – that saves lives through early detection and treatment.

Dr. McKee will share the knowledge we need to better understand both the risks and benefits of radiation, with a focus on treating women’s cancers.

We want you to be fearless if faced with the challenge of a cancer diagnosis. Recognize fear as an emotion that will pass. Focus on understanding your body – let it empower you rather than hold you back.

Marie Curie’s groundbreaking work ultimately led to her demise from aplastic anemia, a side effect of radiation exposure. Yet her legacy lives on.

Being widowed and raising her two daughters alone makes her achievements all the more remarkable. Curie’s ability to transcend barriers – such as gender bias, single parenting and the academic scientific community’s bias – continues to inspire us.

Her eldest daughter, Irène Joliot-Curie jointly received the Nobel prize with her husband for the discovery of artificial radioactivity in 1935. Ève Denise Curie Labouisse, her youngest daughter, was a French and American writer, journalist, and pianist.

Symptom of the month: Postmenopausal Bleeding

Many women assume postmenopausal bleeding is a menstrual period. After all, if you added up each day spent menstruating in your life, the final tally would hit seven years. While postmenopausal bleeding, including spotting that resolves on its own, can be a symptom of gynecologic cancer, 90% of the time it’s not. Rather it’s often something as simple as a benign polyp, fibroid, or vaginal thinning.

When to see your doctor:

Any bleeding – evening spotting – that occurs more than one year after your last menstrual bleeding should be evaluated by your doctor. 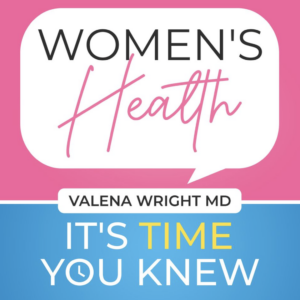 Please join my mailing list for the latest on staying on top of your health and ahead of cancer!